Camera, RAM, Storage: Customize your phone with this Indian brand

What if the ‘tech geek’ in you could select the RAM and storage in your new smartphone for optimized performance? This possibility just breathed its first!Behold, the MyZ series from Lava Mobiles India that introduces the world’s first made-to-order phone. The indigenous smartphone player allows customers to customize the attributes of their smartphone such as RAM, front and back camera, storage, and color before purchase. In total, there are 66 unique customizations possible for the users.

While addressing media at ‘The Game Changer’ event, Sunil Raina, President and Business Head, Lava International, said, “With this unique innovation, we will save customers’ money, avoid the hassle of transferring data to a new phone, while ensuring environmental safety and offering protection from e-waste.” 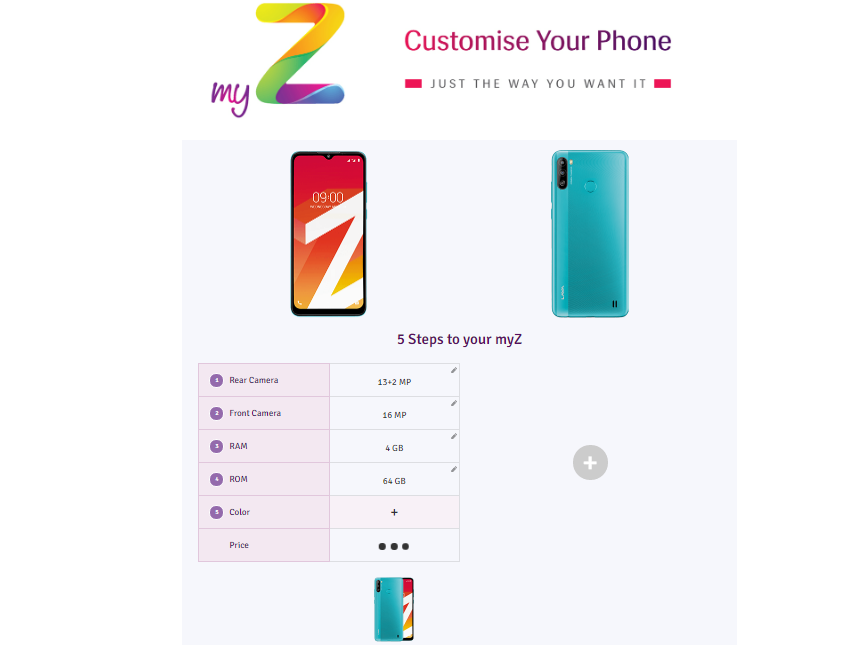 According to Lava Mobiles India, users can customize their Lava Z1, Lava Z2, Lava Z4, and Lava Z6 – all priced under Rs 10,000 – in order to convert them into a MyZ series smartphone. To select the attributes, customers can simply visit the Lava Mobiles online store, select the MyZ option, and design the phone themselves.

Have you already purchased one of the aforementioned devices? No problem. Officials at Lava Mobiles India said that the users can upgrade the RAM and storage at their whim. The idea for the MyZ series originates from the market pattern of purchasing a new smartphone because the current device cannot handle an excessive number of parallel programs or has an outdated camera.

Must Read: How is this Indian mobile brand beating Chinese competition?

By opting for the MyZ series, customers can choose a component upgrade instead of a new phone, thereby avoiding a major expense. In terms of price, top-drawer phone of MyZ series with 128GB storage, 6GB RAM, 5,000 mAh battery, and triple camera (13MP-5MP-2MP) costs Rs 10,699.

All the phones under MyZ series have MediaTek Helio G35 Octa-core processor and stock Android 10 user interface. Amongst these phones, Lava Z1 is the first designed-in-India smartphone.

Know More: 5G Technology in India: The road ahead