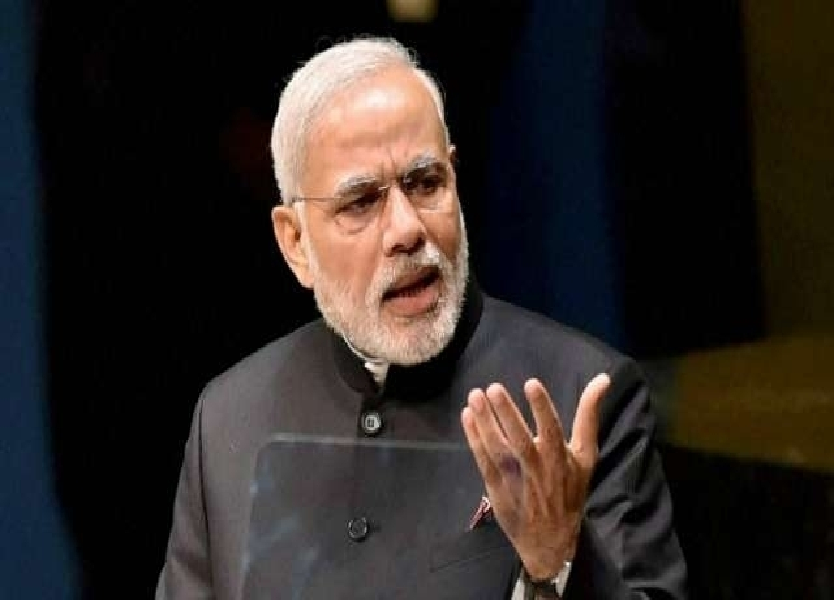 Mumbai, Jan 3  A nation’s progress was linked to science and technology, both of which are also potent enablers for advancing peace in the world, Prime Minister Narendra Modi said Saturday.

“A nation’s progress and its human development are linked to science and technology. They can also remove national barriers, unify the world and advance peace,” he said in his inaugural address at the 102nd Indian Science Congress here.
Pitching for making digital connectivity a “basic right” for children just as their right to schooling, Modi stressed the need to make school education more “creative”.
“School education in science and mathematics should become more creative and stimulating. Let us also use the internet to bring the best of our scientists in direct contact with our children and our youth. Digital connectivity should become as much a basic right as access to school,” he said at the Congress held at the University of Mumbai.
Inaugurating the five-day Science Congress amid the presence of Science and Technology Minister Harsh Vardhan, Maharashtra Governor Vidyasagar Rao, and Chief Minister Devendra Fadnavis, the prime minster sought help from people to transform India as there was a “mood of optimism for change in the country, the energy to pursue it, and confidence to achieve it”.
He said science has helped shape modern India and lauded scientists for their pioneering work that placed the nation in the forefront globally.
Congratulating the Indian Space Research Organisation (ISRO) for placing the Mangalyaan in the Mars orbit on its first attempt, he said: “Whenever the world shut its door on us, our scientists responded with the zeal of a national mission.
“And when the world sought our collaboration, our scientists reached out with the openness that is inherent in our society.”
Linking science with human development, he said the two cannot be divorced from “political decisions, social choices, the question of equity, ethics, and access. Human development has been the larger purpose and the driving force of Indian scientific pursuits”.
Modi said the poorest should also have access to science and technology.
“To me, the arms of science, technology and innovation must reach the poorest, the remotest and the most vulnerable person,” he said.
However, he was quick to caution that science and technology could also increase inequality and make wars more lethal while damaging environment.
Modi also urged the country’s university system be placed at the cutting edge of the research and development activities, and also called for broadening scope of investment in science and technology from the present focus on central government agencies.
“Our universities must be freed from the clutches of excessive regulation and cumbersome procedures. They must have a higher degree of academic freedom and autonomy, and, there should be as much emphasis on research as on teaching,” he said.
Modi said India needed to foster a strong culture of collaboration between institutions and across disciplines to take advantage of developments, innovations and expertise in diverse areas.
Underscoring importance of international collaboration in scientific research and the need to benefit from a growing trend of such endeavours, Modi said he “placed science and technology at the forefront of our diplomatic engagement”.
“As I have travelled abroad, I have personally sought out scientists to explore collaborations in areas like clean energy, agriculture, biotechnology, medicine and healthcare.
Modi said India’s “long-term global competitiveness” depended not on “replicating what others have done, but through a process of sustained development and innovation.”
He urged the domestic industry to “step up investments in science and technology in its own interest” and make it a corporate social responsibility.
Modi also urged people to “restore the pride and prestige of science and scientists in our nation, revive the romance for science in society, rekindle the love for it in our children, and encourage our scientists – to dream, imagine and explore”.
The five-day conference will see deliberations and presentation of papers by scientists and Nobel laureates from across the globe.
As the Science Congress returns to Mumbai after 45 years, the emphasis will be on showcasing the city as a science hub as well as India’s financial capital.