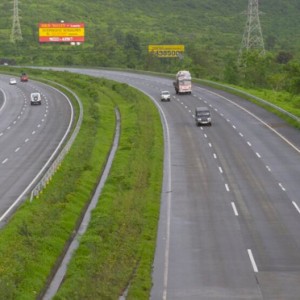 Road network of India is the third largest in the world, connecting every major and minor city and town. The Indian road network comprises of National highways, over bridges, Modern highways, Freeways and the Expressways. The newly constructed roads belong to the top grade of Indian network and equipped with technologies like CCTV, Temperature & Speed measuring equipment with helpline numbers and SOS booths.

Need for road development and construction is soaring in India. With the growing sizes and numbers of cities, need for roadways rise too. That’s why government of India is rolling out projects after projects in order to further develop the road network of India.

IRB Infrastructure Developers Ltd. received a letter of award for for six-laning of highways sections in the Rajasthan-Gujarat border on Monday. The award was presented by the state-run National Highways Authority of India.

“The project, which has been awarded by the National Highways Authority of India (NHAI), is a 113.8-kilometre long stretch on the NH-8 under the design, build, finance, operate, and transfer (DBFOT) basis under National Highways Development Project’s Phase V (package-V)” said an IRB Infrastructure spokesperson in a regulatory filing on the BSE or Bombay Stock Exchange.

Experts have calculated the estimated cost of project for the company. The amount came out to be Rs 2,100 crore.  The concession period is of 21 years that also includes a period of construction stretching to 910 days.

IRB Infrastructure, the Indian construction giant, offered a premium of Rs 163.8 crore to NHAI, according to the release.

This isn’t the first time IRB has been given a crucial construction project. The company is well known for executing complex projects without crossing the deadline. With addition of the newest requirement, IRB infrastructure’s order book stands at roughly Rs 13,000 crore, which would be executed over the next four years.