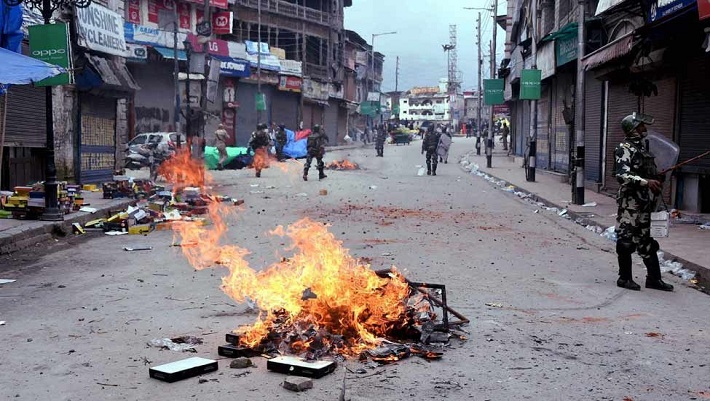 Kashmir is a burning issue. The law and order turbulence in the Valley is not new to us. The parliamentary by-election, which was to be held on May 25 in Anantnag, is being canceled by the Election Commission. The move that was taken onTuesday is a peek at the prevailing state of violence in Jammu and Kashmir.

News of eight civilians losing their lives in an open firing by security forces on April 9during the Srinagar LokSabhaby-elections caused a stir.

This incident was followed by rounds of headlines on ‘Kashmir by-elections’ for the next couple of weeks. The context, this time, was the AnantnagLokSabhaby-poll that was to be held on April 12. The polling for the Anantnagconstituency aimed at filling the seat vacated by Mehbooba Mufti after she assumed a bigger role of that as the Jammu and Kashmir Chief Minister in June last year. However, considering the ruckus created at the Srinagar LokSabha by-elections, the AnantnagLokSabha by-poll was postponed to May 25.

But yet again, the Election Commission (EC) announced the cancellation of by-elections in Anantnag, citing a serious shortfall on the security front. As per EC’s notice, “The State Administration in its reports dated 16th and 17th March 2017 informed that certain elements have started an anti-election campaign against the upcoming by-elections.”

EChas clearly stated that political parties had also approached the poll body, requesting cancellation of the by-poll. It is viewed that separatists and other elements are determined to dissuade public’s participation in the upcoming Anantnagelections, majorly through bloodshed and violence.

In order to carry out the Anantnag by-poll peacefully, the EC had requested the Ministry of Home Affairs for deployment of more than 70,000 security personnel at the polling booths so that people could safely step out of their houses to vote. However, the government said it is short staffed and can promise only30, 000 personnel.

Considering the shortage of paramilitary forces and heightened emotions of Kashmiris post the killings on the Srinagar LokSabha by-election, the EC thinks it is not feasible to hold polls in Anantnag at the moment. “The by-election to the AnantnagLokSabha seat will be held by the Commission in due course when the situation becomes conducive to the holding of a free, fair and peaceful election,” explained EC.

But the questions that most of us are living with are – whether the situation in Kashmir will ever be favorable for a free and fair election? When will the street protests and stone-pelting end?What could be done to increase the voter turnout in the Valley?

For now, rescheduling of the Anantnag by-poll, and subsequently putting it off completely is a clear picture of the mayhem that India’s beautiful ‘Paradise’ is in!