Sahara: It wasn’t long ago that demonetization of Indian currency literally muddled the‘breaking news’ sections of our country’s prime news channels. Prime Minister Narendra Modi’s decision of withdrawing the circulation of Rs 500 and Rs 1,000 currency notes was indeed audacious and surprising.It seemed like a hard hit on corruption ─ a deep-rooted evil that has been relentlessly blotting the face of our country’s bureaucracy from ages. And hell broke loose on those who didn’t know what to do with the sacks of ‘black money’ that they have been garnering since decades. 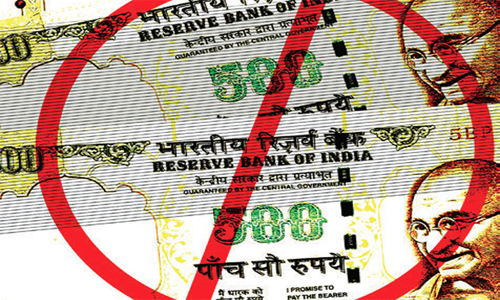 Considering it to be nothing less than a cherished ancient ruin, some had been stowing away their lot behind the false walls and ceilings at their houses, while some had been thinking of air conditioning duct as a perfect hideout for all those illicit crores. Some even chiseled secret hidey-holes in implausible nooks at their workplace to stack the bundles of crisp, right-out-of-the-printing machining notes.

Undoubtedly, the sudden legislation was meant to curb the tendency of meddling with the economy of India. And guess what? It worked! The order wreak havoc in the lives of the ‘unlawful’ rich of the country ─ those who have netted swarms of Rs 500 and Rs 1,000 notes unrightfully. At the moment, there is no way to make up for the mess than to simply succumb to the PM’s announcement. Yes! There is literally no way out of the situation for many but to get rid of the black money, somehow! And people have been trying everything, from burning bags full of black money, to hurling it down the sewer.

Jeopardized, people are doing whatever they can to clean their hands off black money. The latest discovery of Indian currency twirling inside the massive sand dunes of Sahara is super-shocking and uber-interesting at the same time! Probably those who were having the time of their lives amidst the safari camps and camel treks realized how difficult it could get for them back home! Perhaps they couldn’t think of anything better than to discard the outlawed notes and let them die their own death on the enormous desert.

It certainly brings us to the point of acknowledging the fact that visionary entrepreneurs like Subrata Roy, the founder and chairman of the Sahara India, who have no role to play in the genesis or blowout of the black money windstorm are still paying crores to the government for accusations that hold no ground. Needless to say, they deserve their freedom, and so do we ─ from the menace of bribery, hypocrisy, and dishonesty.