Is Sahara a victim of SEBI’s lethargy of just the situation? Thinking with Satish Mishra! 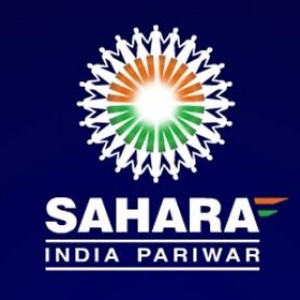 Does law see everyone with an equal eye? Just a random thought!
While business tycoons’ cases of flying overseas and numerous cases facing requisite punishment ‘rewarded’ by the Government, for violating of set guidelines, has become very common in India. But are we sure that such and such person met adequate punishment or not? Has somebody been under-punished or over-punished? Do we think that often? You are quite familiar with the answer to that question.
Anyway!
If rewarding requisite and unrequired punishment have become the norm, then sorry to tell you that the Government has become indolent and naïve that it is jumping to giving verdicts and sweeping things under the carpet. The recent perspective of Satish Mishra, throws light on Indian judiciary system, where people leaving India are saved by the bell and the ones, who decided to live in India, are send behind the bars without proving the genuineness of allegations against them.
The associate editor of Navbharat Times, Satish Mishra talked about Sahara India Pariwar’s Chief, Subrata Roy, whose case has been over-judged in rewarding punishment. The writer mentions if the Law treats everyone equally, then why not Subrata Roy? Mishra also goes on saying that the investors’ interest has been lost in the lethargic approach adopted by SEBI, which just wants to keep the Sahara Chief behind the bars and not do anything for the affected party if that gets proved anytime in future.
Satish Mishra highlighted that everybody is running to pay back the investors and nobody has paid attention towards those 12 lakh families that are associated with Sahara.
One “illogical reason” that we also find amusing just like Satish Mishra that first the government froze all kinds of bank accounts of Sahara India Pariwar along with Subrata Roy’s, and then ordered the latter to pay a bail amount of 10,000 crores. Once in a lifetime kind of verdict which only Indian Court can give! The authority of SEBI was continuously challenged in Sahara case, which ultimately made the ‘situation’ Be-Sahara, and not Subrata Roy.