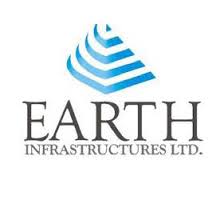 Earth Infrastructures Ltd, a premier real estate developer in India, has catapulted itself to join the league of recognized big brands across Asia.  Earth Infrastructure has been nominated for one of the most prestigious awards- ‘The World’s Greatest Brands & Leaders 2015 – Asia & GCC’. The nominations and winners for these awards are chosen by consumers and industry experts. The event is being organized by the Indo-UAE Business Summit 2015, in association with IBPC-Dubai -India Business in the month of December 2015 at Jumeirah Emirates Tower Hotel Dubai UAE.

‘The World’s Greatest Brands & Leaders 2015 – Asia & GCC’ will be a two-day summit & is regarded as the biggest multi-industry research-based project where 150 Brands from across 16 industries & 12 countries of Asia & Arabia, and 100 Leaders from Business will be felicitated. Further, the selected Brands and Leaders will be featured in Print, Portal and Broadcast formats across Asia.

An official spokesperson for Earth Infrastructures Ltd, after receiving of acceptance letter, regarded it as a moment of pride for the company to be nominated for these awards. The nomination has been earned after years of dedication and commitment to deliver consumers with nothing but the best in terms of quality and comfort.