The 12th day of August is observed as the International Youth Day (IYD), across the globe. This happened in 2000, when the UN general assembly accepted the recommendations made by the World Conference of Ministers Responsible for youth, and thus passed a resolution.
So much for history! Here is the interesting part – while the world emphasises on the power of youth, i.e., all persons aged between 15-24 years in bringing significant change and development generation over generation, India is literally the Aitken Basin of this resource. The Youth population in India at 232 million (according to census 2011) is almost equal to the combined population of 18 western Asian countries. This is for real! 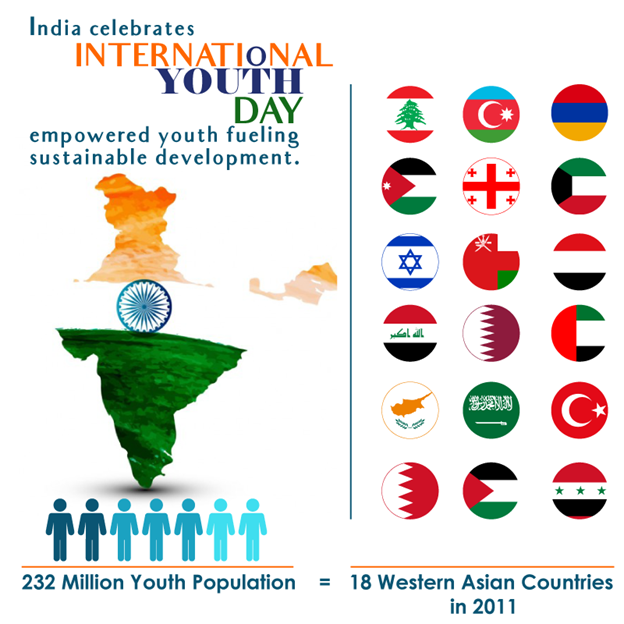 The largest democracy of the world is also the youngest, with overwhelmingly huge gyre of energy, potential and intellect. This year, the IYD focuses on the leading role young people play in eradicating poverty and achieving sustainable development through sustainable consumption and production.

While the government initiatives act as catalysts, it is also important for the corporates to operate responsibly and develop hospitable ecosystems around their businesses. Corporates absorb skilled youth in large numbers. It becomes equally important for them to be sustainable at their core.

One such example is the School = Lunch campaign, taken up by Financial Technologies India Limited (FTIL), a company founded by an Indian technocrat and entrepreneur Jignesh Shah. The initiative, a mitzvah, engaged more than 2,000 employees in the Mumbai region, towards sensitizing them about the Mid-Day meal programme in schools across India, and helped raising funds to help the cause. India needs more initiatives like the one Jignesh Shah’s FTIL had initiated in 2011.
India celebrates the true sense of IYD, with dedicated force, which is deftly engaged in achieving the goal of sustainable development.