Prime Minister Narendra Modi’s move of demonetization has dominated India’s economic landscape since the past few months. Dmall Owner Jagmohan Garg news further added that the decision of ceasing Rs 500 and Rs. 1000 notes as a part of legal tender was backed by the idea of cleaning out the black market’s cash supply. Though the pros and cons of the move still continue to be debated on, the consensus of opinion appears to be that it will help in combating corruption, counterfeit currency, terrorism and black money in India. The revolutionary move garnered the appreciation of the World Bank and various prominent leaders across the globe. 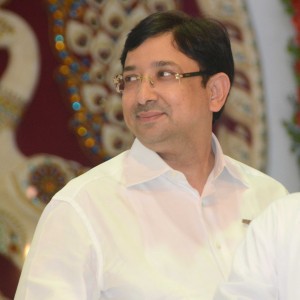 Although the people faced major difficulties in getting the banned Rs. 500 & 1000 notes exchanged and withdrawing/depositing cash from the ATM/bank, these problems resolved with time. Every possible measure was undertaken by the banks to help people in exchanging demonetized currencies. Sufficient quantity of cash was made available in the ATMs in order to ensure that people do not face any issues in their day-to-day transactions.
The real estate sector had a major impact of demonetization as it involves majority of the transactions on cash basis. Jagmohan Garg, one of the leading realty tycoons highlights that the down ward pressure on the interest rate structure and decline in property prices has proved to be favorable for the property seekers. It is undoubtedly a boon for the home buyers who have been in a constant look out for deals in the high-end or luxury housing segments.

It also strives to stall the circulation of counterfeit notes which completely perturb the social, political, and economic spheres of the country. The unaccounted money that is a part of the shadowy economy will be eradicated from it.
With the major noble intent of the proponents of demonetization, the move has proved to be a boon for the overall economic growth and development of the country.