Jignesh Shah’s travel from light to the shadows is momentary

Be it a broker, a small investor or great business tycoon, every participant in the stock exchange market is aware of the name, ‘Jignesh Shah’,the man who has given the Indian economy some of its biggest developments; He introduced IP-centric financial markets that are instrumental in changing the contours of trading exchanges in India, the PPP model─that create quality commercial institutions and many more.Shah, set up Financial Technologies India Limited (FTIL) in 1995 that went on to make India’s stock exchanges software-driven. 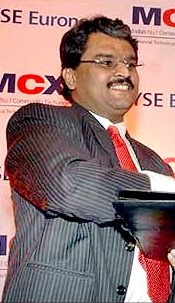 He established the Multi Commodity bourse, which introduced the new concept of commodity exchange and a series of other stock exchanges. He pioneered the ‘Make in India’ technology, for trading in the financial exchanges across multiple asset classes and is lined up in with the government’s vision of ‘Startup India’, ‘Digital India’, ‘Innovate India’ and ‘Skill India’ through his upcoming ventures.

Shah hardly had time to spare for anything except ‘capital markets’, a passion he nursed from his childhood.But Shah’s journey has been one big jolty ride. Since the NSEL case cropped up in 2013, Shah’s life has been interspersed with bumps that are difficult to ignore. The case is sub judice, yet asperhesions have been set on FTIL and Shah. Since 2013, Shah has quit from all important posts to facilitate a fair trial of his corporations NSEL and FTIL.
Recent reports say that a large private equity firm is keen to invest in MCX-SX, owing to its history of tremendous success. The firm is also interested in acquiring a stake, but Shah is more inclined to discuss NSEL. Although Shah is going through tough times, he shall rise and shine again.