Mohit Aggarwal, CMD at Aastha Group highlights that coal mining industry in our country is facing major crisis due to increasing temperature. Reflecting on the plight of the industry, he stated that the heat strokes are affecting coal miners leading to less production and the piled up stock is more prone to self ignition which is hazardous for lives and poses a great threat to the respective companies.With the temperature above 40 °C, Indian summers have reached an alarming level resulting in the scarcity of water everywhere and giving a hard time to interstate coal business. Many attempts via production cuts, change or curtailment of shifts, a ban on daytime loading, and reduced manpower, have been undertaken in order to lessen the hazardous impact of heat waves which have killed claimed the lives of many. 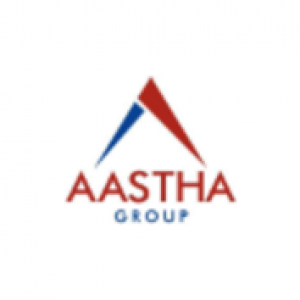 Aastha Group highlights the climate condition of Mahanadi Coalfields Limited, the wholly owned subsidiary of Coal India Limited (CIL) which is headquartered in Odisha, mounting above 46 °C, on the basis of which the Odisha government directed CIL to halt all-day production and loading operations. Since the attendance of contract workers fell, a parallel decline in manpower deployment during late evening shifts was also observed.

The same conditions were observed in the southern Indian province of Telangana where Singareni Collieries Company Limited (SCCL) recorded degrees between 41- 45 from the coal belts of Khammam, Karimnagar, Wrangal and Adilabad.

Eventually SCCL tailored its shift timings, at the same time installed coolers at workers’ rest rooms and ensured the availability of doctors for mine workers who were suffering from dehydration and heat stroke. In addition, Officials bring into concern the greatest crisis which may arise if the warehouse of coal gets self-ignited due to soaring hot weather. Whilst the slowdown of production is a boon in disguise for CIL as the company was already planning on cut-back due to the piled-up stocks and reduced off-take agreements with consumers, particularly thermal power plants.