Advantages of minimal invasive surgery in polytrauma, as discussed by Dr Ashwani Maichand 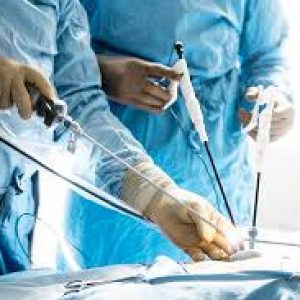 Polytrauma is a medical term in which a person is subjected to multiple traumatic injuries. According to Dr Ashwani Maichand, a person experiences these injuries in multiple body parts or organ systems. The polytraumas are often associated with motor vehicle crashes or burn injuries resulting from blasts, landmines, etc. Injuries resulting from these accidents such as loss of limbs, multiple fractures, blindness, brain injury, etc can lead to polytrauma in more than half of the cases.

Polytrauma is a life-threatening condition. A polytrauma patient is physiologically compromised due to tissue damage, bleeding and shock. In the past, most of the patients were unable to survive this condition. But with the advancement of medical science, things have improved significantly, even though it is almost impossible to regain full fitness. With intensive care and damage control, the doctors are able to prevent life threat through emergency treatment. But, the most common problem faced by the doctors is the damage caused to the organ system in polytrauma. Dr Ashwani Maichand states that it is very difficult to conduct a surgery when the patient is experiencing multiple injuries. “Many of these patients end up in ICU not because of the original injury but after the surgery. If they do conventional open surgery in such cases, they will add to the trauma. It will also cause further blood loss and put stress on the cardio-pumonary reserves of the patient” he says.

This is where minimal invasive surgery is becoming globally common. Instead of a large opening, the procedures are performed through a small incision. There is less discomfort with small incisions and the process of recovery is quick. MIS technique avoids all the complications.

There are a number of other benefits of minimal invasive surgery. The procedure of this surgery is very simple and convenient. During the surgery, a surgeon makes a small incision or several incisions and passes a long thin tube through it. A small camera is attached at the end of the tube and the images are projected onto the monitors in the operating room. This surgery is useful as the surgeons are able to get a clear view of the surgical area. The other small incisions allow the surgeons to pass special instruments through them. With the help of these instruments, the doctors are able to remove or repair whatever is wrong inside thebody.

Minimal invasive surgery also known as MIS may take longer than the conventional surgery, but the advantages of MIS surgery easily out-weight the disadvantages. However, in case of polytrauma, it is surely the better option as there is no need of a big opening with MIS.

According to Dr Ashwani Maichand, the loss of blood is minimal, and there are less chances of further damage to the organs. MIS may not be the right option in all the conditions of polytrauma, but in most of the cases it can prove to be the difference. Dr Maichand and his team, being a pioneer in the field of MIS, always try to give that advantage to Polytrauma patients.