In a bid to extend its support to the iron-clad women football team of India and raise healthcare awareness, AMRI Hospitals,has become the official health partner of AIFF 4-Nation Women’s Gold Cup 2019.

The 7-day women’s football tournament has been organized by the All India Football Federation (AIFF) in Bhubaneswar, in association with the Odisha government. The 4-nation competition will see the women’s national teams from India, Iran, Myanmar and Nepal lock horns with each other. Having started on 9th February, the final match of the competition was held on February 15.

“The tournament is meant to provide an opportunity to the Indian team to face other teams in a competitive format. This will warm up the teams ahead of the upcoming Tokyo Olympic Qualification Round 2,” said AIFF General Secretary, Kushal Das.

This is not the first time AMRI Hospitals has committed to play a role in making an event successful. It was also the Official Health Partner of ‘Clash of the Legends’, a football match between FC Barcelona Legends and Mohun Bagan AC, aimed at contributing to the globalization of the Barça brand and its values. 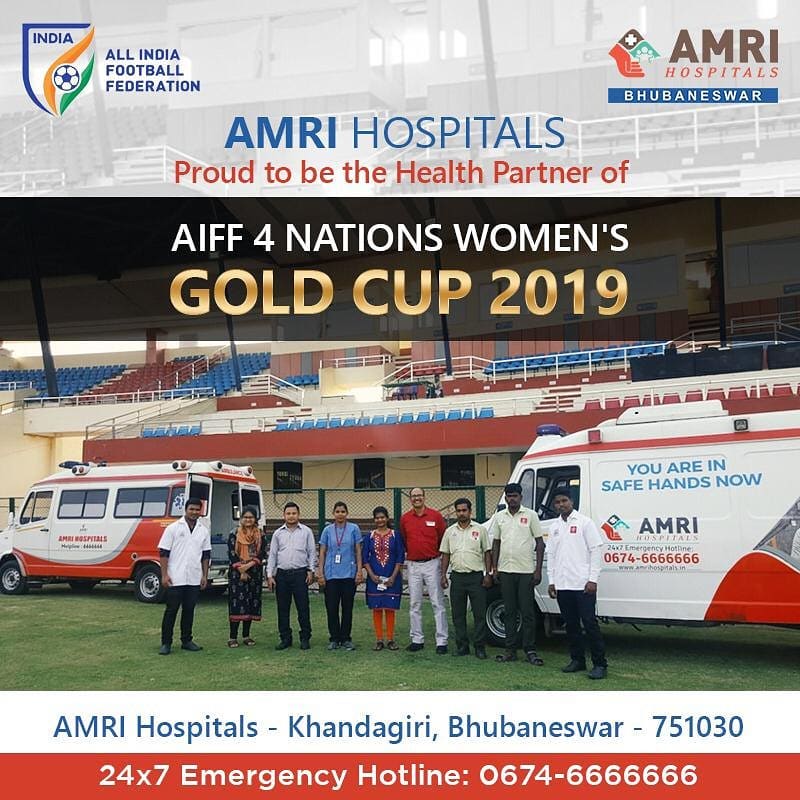 Apart from this, special medical checkups, walkathons, social media awareness campaigns, initiatives supporting cancer awareness, etc., are some of the efforts made by AMRI to serve the people of Odisha.

By partnering the 4-Nation Women’s Gold Cup, AMRI has also reinforced the need to support women in every facet of life, and sports is no exception. All the matches of the tournament were telecast live on Hotstar, enabling fans to watch international women’s football from anywhere.