Delhi Should Be Commended For Supporting Odd-Even Formula 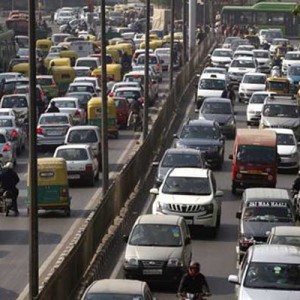 In a bid to save the environment, Delhi government kicked off its much debated-upon idea of ‘odd-even’ cars with the commencement of the year 2016. While in a fit of rage many termed it as a knee-jerk reaction, various intellectuals have been supporting this move owing to the intention behind the idea. On 1st of Jan, it were only odd number cars that could ply on the roads of Delhi and the Delhites showed enough participation in the move by most of the people adhering to the rules. The people of Delhi-NCR should be commended for their support, says Sharda University.

While many debate the feasibility of this ‘internationally recognized’ strategy in Delhi, Sharda Noida says that any step in a row to save the environment must be welcomed. Also, there is a need to appreciate the support politicians have lent to this move. Many politicians, in order to set an example, used bicycles or car pooled. Even though the atmospheric conditions on the first day weren’t any better, yet the acceptance to trying this idea is an indication enough that Indians, Delhites in particular, are serious about saving the environment. Delhi Government has also been trying to strengthen the auxiliary means of transportation like buses and Metro to reduce inconvenience among people.

The 15 day trial will give enough information/ data to the analysts to measure the impact of the odd-even formula. The idea has established much credibility in the countries where it has been previously used including China and Mexico. Even Italy has plans of accepting this model. This, in itself, lends a weight to the entire idea.

2 Responses to :
Delhi Should Be Commended For Supporting Odd-Even Formula