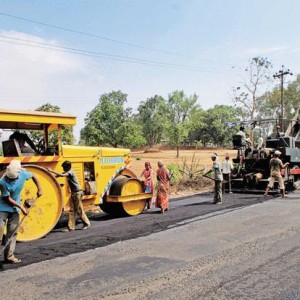 The much awaited approval from SEBI for raising funds through an Initial Public Offering (IPO) has come for leading EPC company Dilip Buildcon. Through this IPO, the company is expected to raise upto Rs 430 crores.
Draft Red Herring Prospectus (DRHP) was filed by Dilip Buildcon with SEBI on February 1, 2016, and the latter approved it a month later, on March 10, 2016.
The proceedings that Dilip Buildcon would receive from the sale of freshly issued 11.36 lakh shares, will be utilised to repay and pre-pay some part of the term loans and achieve the corporate aim of Dilip Buildcon. Dilip Suryavanshi and Devendra Jain along with the private equity fund, BanyanTree Growth Capital, hold the right over these shares as they are the promoters of the company. These funds will also be used to meet the working capital requirements of Dilip Buildcon, in time.
One of the promoters of Dilip Buildcon, Dilip Suryavanshi said that the company was planning to raise funds for a very long time and the day SEBI gave a green signal to their proposed draft, they couldn’t be happier. The company is looking forward to utilising the proceedings of this IPO and meet its corporate requirements, he added.
Dilip Buildcon is considered one of the best-in-class private sector Engineering, Procurement and Construction (EPC) contractors of India, whose function areas are primarily focused on road construction.
Axis Capital Ltd, IIFL Holdings, JM Financial Institutional Securities and PNB Investment Services will be the book running lead managers to this Initial Public Offering.
The shares are also believed to be listed on the Bombay Stock Exchange (BSE) and the National Stock Exchange (NSE) as well.
This is the second time that company tried to hit the capital markets. Dilip Buildcon filed draft papers with the regulator in March last year, in order to raise Rs 650 crores through an IPO. After getting approvals from SEBI in June last year, the EPC expert withdrew the draft papers in January and filed fresh papers in February, for some undisclosed reasons.

One Response to :
Dilip Buildcon gets SEBI’s clearance for IPO, to raise Rs 430 crores