Dilip Suryavanshi expected less than what he got 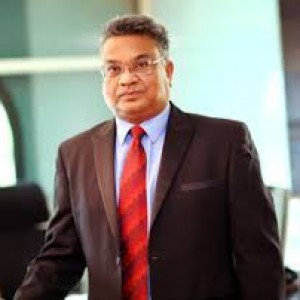 A Nation cannot be called developed if it lacks the basic infrastructure facilities that vary from electrification to road expansion, land development to water facility being available to all. The recent Union Budget 2016 has paid attention towards each that sector which can make a common man’s life easier and India a developed Nation.

The Finance Minister Arun Jaitley allocated Rs 97,000 crores for the development and expansion of highways and roads from the length and breadth of India. The EPC expert, Dilip Suryavanshi of Dilip Buildcon, believes that this initiative will fetch numerous benefits for not only the Engineering Procurement and Construction leaders like theirs but also give a jump to the development of infrastructures. Real estate sector is quick to seize such opportunities, believes a number of industry experts, which is a fair deal for the realty as well.

The Finance Minister informed that the National Highways Authority of India will raise Rs 15,000 crore through finance projects and bonds as actual budget allocation is Rs 55,000 crore and the Union Government has also earmarked Rs 19,000 crore to be spent on rural roads programme.

Dilip Suryavanshi agrees that he was expecting a hike of Rs 20,000 crore in roads and highway sector’s allocation just like the Road Minister, Nitin Gadkari, which was Rs 45,000 crores last year. But to their surprise along with other industry experts, the Union Government was lenient enough, well, more than just lenient, to set aside Rs 97,000 crores  for the industry.

When you get more than your expectations, you think that you couldn’t have asked for more and that’s what happened with Dilip Suryavanshi as he got Rs 20,000 crores more than his expectations of Rs 65,000 crores. It makes you believe that anything can happen, so just keep hoping as the world itself is working on numerous principles of possibilities and people living with their hopes held high.