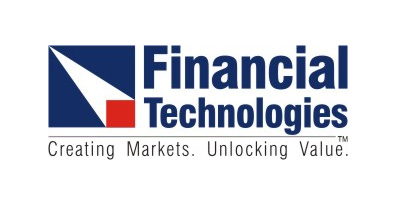 Financial Technologies is a fast growing group with extensive interests in areas such as technology, trading platforms, exchanges in stock, commodity, currency, bonds and energy, institutional infrastructure in the realm of risk and collateral management, real time information, mobile payment solutions and knowledge management. The group played a prominent role in the Indian financial system with the distinction of being the only entity in India and perhaps among the emerging markets, having exchanges covering all the asset classes including equity, debt, currency, commodities and energy along with an extensive ecosystem of supporting institutions.

Financial Technologies is a new generation company that is geared to meet the next generation requirements of India in the realm of financial market infrastructure, capacity building, product innovation, skill development, job creation and generation of sustainable incomes.

Financial Technologies Group is widely acclaimed all over the world for the pioneering work that it has done in creation of state of the market, modern and people centric financial markets. Each and every endeavor of the group was visionary and forward looking to make India a leading powerhouse of regional finance.

In the context of its pioneering innovations in the emerging markets financial systems it was expanding its footprint and sphere of influence in global markets, till a concerted conspiracy to undermine its significance and immense contribution to India, unfolded since July 2013 following an accident triggered at NSEL, one of its subsidiaries, which was engineered by vested interests and endorsed by certain authorities, who were keenly waiting for an opportunity.

The claims of the traders and clients for what happened at NSEL remain unsettled and NSEL has been left alone to deal with the recovery efforts. Nobody benefited from this except only the egos of a couple of officials who were keen to destroy the group. There is a serious need of finding a quick and affective solution of the NSEL problem.