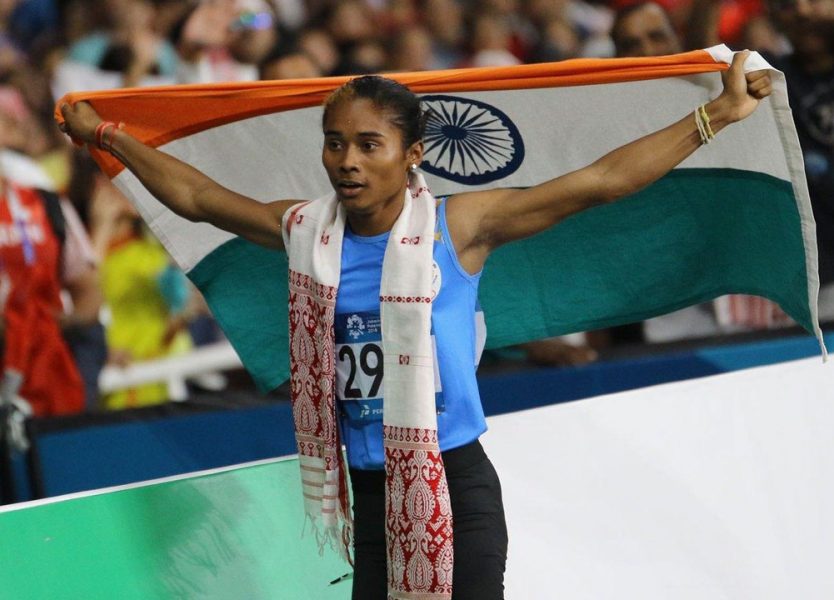 The Indian golden girl Hima Das recently said that the five matches she won were like warm-up games for her as she gears herself for the upcoming big matches in World Championship.

Also known as “Dhing Express” the Indian field athlete claimed her fifth gold medal in three weeks at the Nove Mesto Athletics Meet on July 20. She clocked a timing of 52.09 seconds to finish the 400m race, giving her season-best timing. Earlier on July 17, she won a gold in 200m in Tabor Athletic Meet.

It is reported that after her legendary win Hima has doubled her fees for ads. Her fee has gone up from ₹ 30 Lakh to ₹ 60 Lakh per endorsement.

Many Bollywood celebrities and sportspersons congratulated Hima for her exemplary achievements. Praising her, Anil Kapoor tweeted, “Congratulations on winning the 5th gold. Your act of kindness towards Assam is an inspiration to us all. A great athlete with a heart of gold. Wishing you all the more success! India is proud of you!”

Taapsee Pannu sent her best wishes with a humorous twist saying, “Now, Hima is going to make a gold mine of her own. Kudos girl.”

Former Indian cricketer Sachin Tendulkar posted a motivational tweet for the 19-year-old champion saying that he loved the way she has been running in the European circuit over the last 19 days. Setting her as an example, Sachin tweeted that her hunger to win and perseverance is an inspiration for the youth.