The real estate market is deemed as a lucrative option when it comes to generating revenues by investment. Renowned real estate mogul, Mr Manmohan Garg, believes that the Union Budget’17 and the government’s Smart City move have boosted the realty sector significantly. 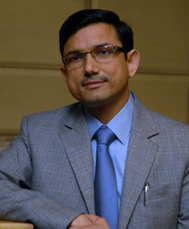 Pune
The second largest city in Maharashtra, Pune offers various advantages that make it one of the most preferred options for realty investment. Manmohan Garg from Delhi highlights that a number of factors like the infrastructural developments, the city’s proximity to Mumbai, favorable climatic conditions, regulations and policies have boosted the city’s real estate market.

Hyderabad
One of the leading IT hotspots, Hyderabad is yet another preferred destination for homebuyers. Manmohan Garg Delhi emphasizes that the city boasts of various well-established markets like Kondapur, Gachibowli, Kukatpally, HITECH City and Nizampet and emerging markets like APPA Junction, Manikonda, Bachupally and Nanakramguda, which have great influence on its real estate market.

Ahmedabad
The largest business and trading hub of Gujarat, Ahmedabad has attracted a number of potential investors in the last few years. With a significant increase in the employment opportunities, the investor-driven real estate market has converted into an end user-driven market in Ahmedabad. Also, the infrastructure projects like Outer Ring Road and the BRTS have opened up various peripheral locations in the city.

Delhi NCR
Manmohan Garg states that a number of favorable factors make Delhi one of the most promising real estate markets in the country. Locations such as Vasant Kunj and South Extension have attracted huge number of buyers. Delhi has to its credit the availability of basic infrastructure in terms of electricity, water and other amenities. It boasts of state-of-the-art public transport, such as metro services. The large-scale economical growth in the city and the influx of talent and skilled workforce has resulted in an increased demand for residential properties. Also, the constant growth in employment opportunities has attracted people from all over the country.

Navi Mumbai
A sprawling city situated off the west coast of Maharashtra, Navi Mumbai has emerged as one of the most sought-after locations for investment. It is a planned township of Mumbai and is divided into two parts – South Navi Mumbai and North Navi Mumbai. The city has always been one of the favorites for both, real estate, home buyers and investors. It has a number of well-planned roadways, some of the biggest MNCs and excellent townships.

Certainly, investing in the above mentioned cities, you’re likely to make the best investment decisions offering great returns in future.