MMA in India: How Raj Kundra’s interest in the sport catapulted it to greater heights 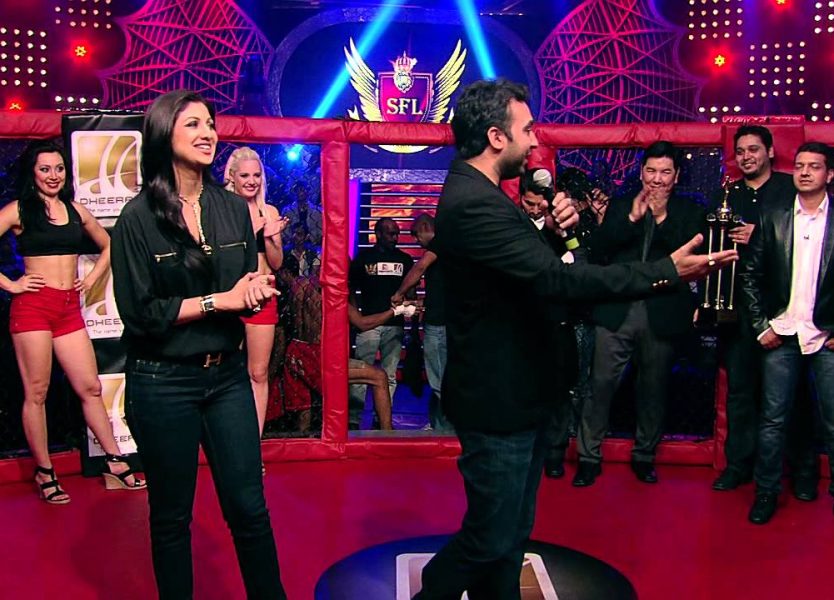 Mixed Martial Arts (MMA) is still a foreign concept to most Indians. The sport doesn’t enjoy the widespread attention given to the likes of cricket and football. When MMA was introduced in India, the country lacked the technical support and foundation required to run the sport. However, the roadblocks didn’t stop some people from taking a dive into the unknown, to create a structure around which MMA in India loosely revolves.

One such name is the British-Indian businessman Raj Kundra, who is often accredited with transforming MMA in India. An avid sports enthusiast, Kundra’s interest in sports led him to invest in multiple sports ventures. However, one of the most unique ventures he dared to start was the Super Fight League, popularly known as SFL. The league was started by Raj Kundra along with Bollywood star Sanjay Dutt, with an aim to create a platform like UFC, but without losing the touch of ‘desi-ness’.

Talking about the reason behind starting SFL, Raj Kundra said in an interview, “I am a huge MMA fan and knowing it’s the fastest growing sport in the world, I would hate to see India get left behind. Through our professional resources and skills, we plan to train and create super fighters out of India. The beauty of MMA is that it’s not fixed or staged. The results are unpredictable, and the fighters require more skills than any other combat sport in the world.”

Ever since its inception in 2012, SFL has dominated professional MMA in India. Being the first-ever mainstream professional combat sports promotion of India, SFL provided the fighters with a platform to showcase their talent in front of not only the Indian audience, but also in front of the international audience. Since it was a ‘one of its kind’ platform, the organizers had no idea how the audience would react to it. Despite the risk, Raj Kundra decided to take the plunge and start the league.

Kundra’s involvement in MMA wasn’t limited to launching SFL. The British-Indian businessman also worked with the All India Mixed Martial Arts Association (AIMMAA) for years, before serving as its Chairman from 2015 till 2017. With great passion and love for the sport, Raj Kundra worked together with the AIMMAA state and regional heads as well as technical directors, to take the sport and the organization to new heights in the country.

MMA in India might still be in the initial stages of development, but Raj Kundra’s tenure as the AIMMAA chairman, along with his initiative in the form of SFL, has provided the sport with the much-needed identification in India.