The Indian Premiere League is back to enthrall us! Here’s all you need to know!

Post Views: 263
The Indian Premier League (IPL) is set to take off on 19th Sep, 2020 in the United Arab Emirates. The 13th season of the marque league will be quite different, as it will be played amidst growing concerns of Covid-19 pandemic back home. This year, the league will have a new sponsor in the form of Dream 11, a fantasy cricket app with millions of users across the country. Add to that a new official partner known as ‘Cred’, a Bengaluru-based credit card payment app. The Great Indian Cricket Festival, IPL 2020 will begin from 19th September, 2020. MI the defending champion will take on CSK, the runner-up in season opener.

The Great Indian Cricket Festival would surely wake up all the cricket enthusiasts from their slumber, although it would be played with a new set of rules to contain the spread of coronavirus. Cricket is undoubtedly the most popular sport in India, and the fans have been yearning for some action in the last six to seven months. The spectator would be geared up for a cricketing juggernaut that will end with the final match to be played on November 10, 2020. 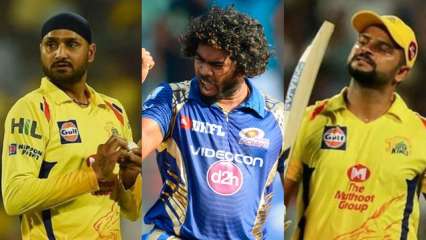 IPL 2020 has not begun in the right manner for CSK, let’s see who can replace Harbhajan, Malinga & Mr. IPL Suresh Raina.

However, it will be an entirely different experience for the cricketers, who will be required to follow all the precautionary measures during the tournament. Adjusting to the bio-secure bubble and new set of rules would be challenging, as plenty of players have already pulled out from the tournament for different reasons. Veteran cricketer Lasith Malinga, Kane Richardon, Jason Roy, Harbhajan Singh, Suresh Raina, also known as Mr. IPL, etc., are some of the players who will not be competing in the tournament, although the teams have the option to announce their replacements. BCCI to spend Rs 10 crore for Covid-19 tests to ensure that the IPL remains uninterrupted.

Other than this, the health of players would also be a concern for the entire length of this tournament. BCCI though, will be spending around Rs 10 crore for Covid-19 tests to ensure that the league remains uninterrupted. The playing elevens would also be disturbed with various players pulling out from teams in the last few weeks. Having said that, there is no dearth of quality players in the IPL teams and one would assume that many famous cricketers may be warming the benches with various exciting youngsters being picked in the auction from different cricketing nations.

The permutations and combinations will keep on going, but the bottom line is that the cricket lovers will get to see some action and the players will also return to the cricket ground after several months. There is also a possibility of fans getting a chance to watch the game inside the stadium, as BCCI President Sourav Ganguly recently hinted about allowing 30% crowd to attend the IPL matches. The pendulum may swing either way, with the things changing fast as we get closer to the opening match of the much-awaited tournament.

However, either way, the purpose will be served, as cricket fans are too enthusiastic to miss out even if the matches are played behind the closed door and telecasted only on television. So, buckle-up for the roller coaster and enjoy the game of gentleman in its most attractive form.