Way to glory: the first train to be run by Private officials is here! 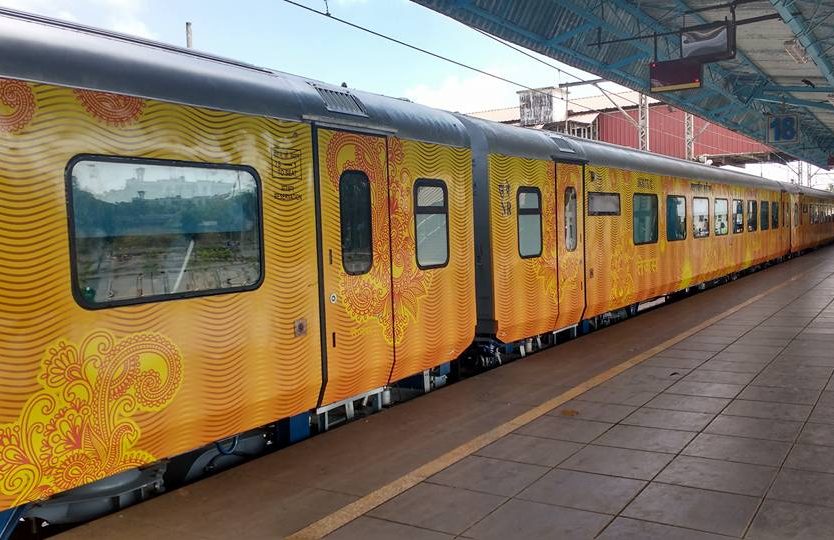 Even after continuous efforts from unions, the Railways is going ahead with its 100-day agenda of handing over operations of two of its trains to the private sector. The Delhi- Lucknow Tejas Express is said to be the first train to be operated by private operators in India. It was announced in 2016 but has been recently introduced in the new time table.

The train will be handed over to private players after an open bidding process for operationalization. It is one of the most awaited trains and is currently parked at Annandnagar station, Uttar Pradesh.

It is stated that the train has many facilities. It will have aircraft-like personalized LCD entertainment-cum-information screens fitted at the back of every seat, an on-board Wi- Fi facility, comfortable seats and mobile charging points near every seat. There will be automatic doors in passenger area and sliding coach doors. Anti-graffiti vinyl wrapping will be done around the windows and a swanky mini pantry will be built.

Smart windows with open motor operated venetian blinds have been installed in the Express. The coaches will be fitted with LED lights and fibre- reinforced plastics (FRP) interior panels. Further, it is going to have modular bio- toilets with sensor-based tap fittings. The makers have also installed fire and smoke detection and suppression system.

Currently serving 53 trains, the Delhi- Lucknow route doesn’t have a Rajdhani Express. As the most demanded train, Swarn Shatabdi takes 6:30 hours to cover the route.

With the responsibility to run two trains initially, the IRCTC had been asked to finalize a proposal by July 10, 2019. This proposal is to be submitted to the Railway Board post a meeting of the members with the officials of the Railways’ tourism.

Its is said that in the next 100 days, the Railways would float a Request for Proposal (RFP) and a Request for Quote (RFQ). However, the proposal has met large scale criticism from railway unions who have organized several protests over the issue.

As stated by Union Finance Minister Sitharaman in her Budget speech, Indian Railways needs investment of about ₹50 Lakh Crore between 2018 to 2030. She said that government would consider the public- private partnership for upgradation of infrastructure, rail and rolling stock and take action soon.